Thank you for checking out my website, it’s not meant to sell you anything. sole purpose is to give you some history of my background in the natural gas industry if you’re considering using my services; whether you are a natural gas utility, a natural gas contractor, a Master Meter Operator, or just need natural gas safety training for your non utility company. The paper-based Operator Qualification classroom material that I use is by Industrial Training Services. I also do electronic online Operator Qualification using Industrial Training Services “OnBoard” program.

Over 50 years of experience

• I Worked the first six years in pipeline construction, started as a laborer, advanced to a truck driver and then to an equipment operator. Also during this period, I worked as a welder’s helper for about a year and a half.

• The remaining twenty-six years were spent in the gas control department. After receiving a degree, by correspondence, in electronics from the DeVry Institute of Technology, I began working as an Instrument Technician. Working with all the electronic and mechanical equipment at the Gate Stations, the district regulator stations remote control equipment and all control equipment in the load dispatch center. I became an electrician and a plumber. Our shop took over all electrical work and regulator station work. We installed and maintained, from the ground up, all piping and equipment in the district regulator stations, gate stations and load dispatch center, including piping, tubing, electrical, electronic, odorization equipment, regulators, relief valves, controllers, Remote Terminal Units, maintenance of all the C and all documentation.

• Originally working for Eastern Part, a leak survey contractor, and one of their employees, we began repairing meter leaks, painting meters, installing and programming most of their ERTS (encoder, receiver, transmitters for remote meter reading). I observed their system and as time went on we also began doing meter change outs, residential, commercial, industrial and some regulator station work. I recommended and then implemented a meter change out program including compensated meters, volume correctors on their pressure customers of two pounds or more, to be calibrated annually. Also, I recommended annual verification of pressure customer regulators with fixed factor billing, then tag and seal the regulators; all of which brought in a very considerable amount of revenue. Concerning their regulator stations, I recommended and implemented better tubing and fittings for maintenance and troubleshooting the regulators and relief valves. I recalculated their regulator and relief valve capacities and advised them of the needed updates. I recommended and implemented updated documentation for their regulator stations and pressure customers using a database and reports that I had previously created and used.

My last year there, working solely as Alpha-Omega Training, I began training one of the Sevier County Utility employees in the installation, programming, troubleshooting repair of meter volume correctors and ERTS.

• Operator Qualification for contractors doing work for Mountaineer Gas around the state. 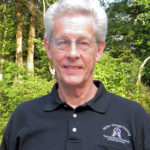 If you will follow Jesus, you’ll never get lost.